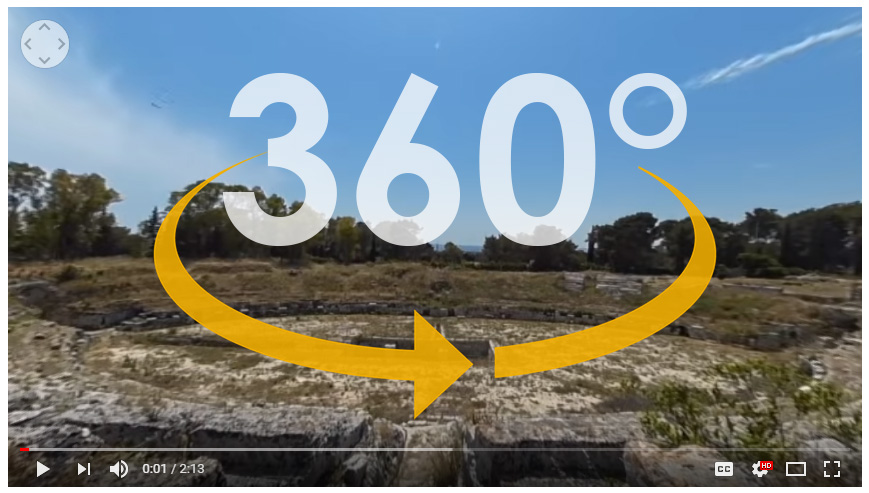 The creative seed was planted about a year ago when Dr. Jacques Bromberg, assistant professor in the Department of Classics, read a story about an emerging innovative technology offered by the Teaching Center: virtual reality [VR]. It sparked immediate enthusiasm in Dr. Bromberg — as faculty director of the Pitt in Sicily program, he saw a fantastic opportunity to use VR technology in the study abroad program. But how?

Pitt in Sicily is designed for students interested in the history and archaeology of the ancient Mediterranean. The class, consisting of about 15 undergraduate students, focuses on “Greek Archaeology through exploration of archaeological locations,” according to Dr. Bromberg. With so many picturesque settings to capture, one particular technology in the VR toolkit proved to be a perfect match for Dr. Bromberg’s needs: 360-degree video.

“We narrowed down these exciting possibilities to what would best work within the structure of Dr. Bromberg’s upcoming course and decided 360-video would be a natural application,” said Meagan Koleck, Teaching Center technology outreach coordinator. “It would enhance existing assignments and introduce new mediums that would display and distribute the student’s work in their field.”

With an appropriate technology identified, Dr. Bromberg spent the early portion of 2017 preparing to use 360-degree video in his next class excursion to Sicily (scheduled for May). He met with representatives from the Open Lab, Classroom Services and Teaching Commons to discuss its application and impact.

One major modification came in the form of a new assignment, and Dr. Bromberg worked with instructional designers to transform the assignment based on 360-degree video. In previous courses, “each student chose a site [in Sicily] and produced a 10-to-15-minute presentation that introduced the class to a monument and its features” through stills and static photography, Dr. Bromberg said. By implementing the use of this new technology, the assignment transitioned into one where “each student produced a 360-degree video about three minutes long,” according to Dr. Bromberg. “They would choose a location, produce, film, edit and upload a video to YouTube for the class to see.” Not only would the project move from photography to videography, the content would become much richer — as the imagery would create a more immersive experience for the viewer.

In addition to syllabus changes, there were several training steps required before Dr. Bromberg could equip his class with cameras for filming. Staff from the Teaching Center’s Open Lab helped him become comfortable with the technology, so that he could then teach his students how to properly use the equipment (as well as troubleshoot problems in the field). Structuring, editing, formatting and camera techniques were part of the groundwork as well.

“Meagan brought the equipment to my office and we shot a few videos,” Dr. Bromberg said. “She was able to show me how to produce and edit something that could be uploaded into YouTube.” The customized training experience put Dr. Bromberg and his students in excellent position to succeed when the trip finally arrived in May.

“I gave Jacques one-on-one, in-depth training on the equipment, workflow and practices,” Meagan said. “He received additional resources such as forums, manuals and video tutorials. The camera kits included curated user guides. This allowed Dr. Bromberg and his students to refer to them while they were on location, even if they didn’t have access to the online resources.”

Upon arriving in Sicily, Dr. Bromberg noted that students were “apprehensive” with the new cameras at first. To offset the nerves, he organized a spontaneous group activity where the class worked on a 360-degree video as a group. This helped students reach a comfort level with the technology and its workflow, before they went to archaeological sites to produce projects on their own.

The work that ensued created some spectacular snapshots of their trip to Sicily. In the video below, you can watch each student’s 360-degree video project (14 total). Each video features a different archaeological site with an accompanying student narration. To experience a 360-degree view, click and drag on the video with your mouse as you watch. An unexpected positive result of this effort was that students ended up creating a lifelong keepsake of their trip to Italy. Students could share their presentations with friends and family at home and ended up creating a permanent record of their experience.

“From early brainstorming all the way to showcasing the final results, this positive experience stimulated multi-layered collaboration where every participant learned something new and exciting,” Koleck said. “It was a natural setting for interdisciplinary learning and a proud moment for teaching and learning.”

Dr. Bromberg showcased this innovative use of 360-degree video during the first Teaching Partners meeting in October 2017. He wholeheartedly endorsed the technology and commended the students for their willingness to experiment with a new technology. He was grateful for the support of the Teaching Center’s Open Lab, Classroom Services and Teaching Commons, and plans to continue using 360-degree video in future trips to Sicily.

“Drawing, illustration, photography, and even video have been critical to the archaeological discipline since its earliest days. 360-degree photography and VR are a natural extension of the important work of documenting and preserving cultural heritage,” Dr. Bromberg said. “By producing these videos, the students are not only sharing their knowledge of Sicilian cultural history, but contributing to the discipline in a vital way by creating detailed records of the archaeological sites.” 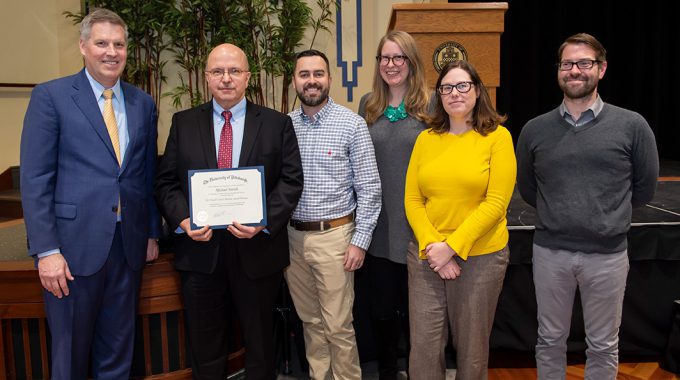 Michael Arenth, director of Educational Technologies for the Teaching Center, received the 2019 University of… 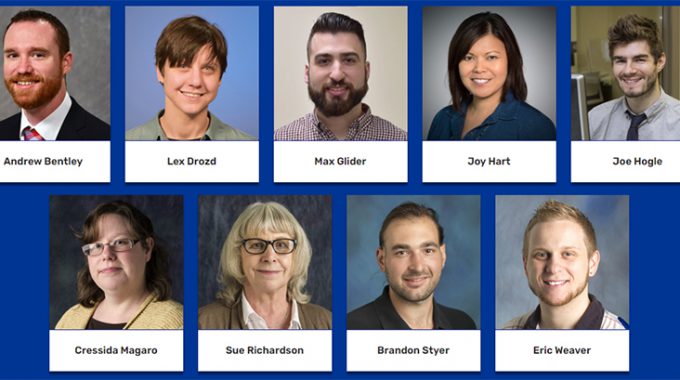 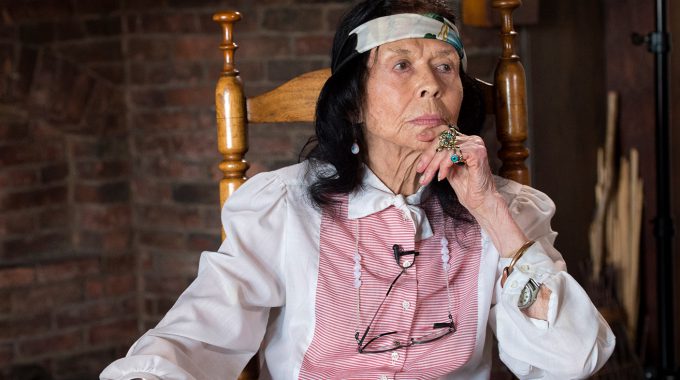 Remembering Maxine Bruhns, “A Citizen of the World”

For more than 50 years, E. Maxine Bruhns served as the director of the University…