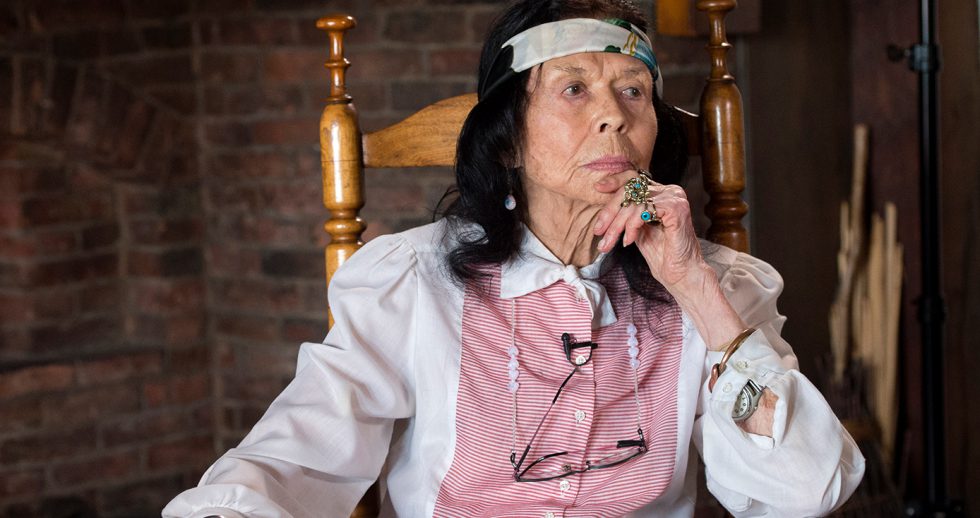 For more than 50 years, E. Maxine Bruhns served as the director of the University of Pittsburgh’s Nationality Rooms in the Cathedral of Learning, collectively designated as a historic landmark by the Pittsburgh History and Landmarks Foundation. Over the years, staff from the Teaching Center have worked with Maxine in various ways, supporting her efforts to educate faculty, students, the Pitt community, and campus visitors about the diverse cultures and traditions of immigrant and refugee communities from around the world. Those intercultural values are represented by the 31 museum-like Nationality Rooms that embody the immigrant populations of Pittsburgh and their contributions to the city. Several members of our staff shared a memoir of Maxine, who University of Pittsburgh Chancellor Patrick Gallagher described as a “global ambassador and academic leader.”

“I had the pleasure of getting to know and work with Maxine for an entire summer. What an incredible lady. She literally walked and talked with kings and world leaders. She traveled and got to know people from all over the world. She never lost the ‘West Virginia’ in her as anyone could tell by the very colorful stories she would tell. She took great pleasure in trying to make the ‘young’ men around her blush and many times was successful. She built the Nationality Rooms into what they are today! The University has lost a great gem and the world a wonderful person! God Bless Maxine, you will be missed.”

“It was my privilege to work with Maxine Bruhns and one of the most significant projects we worked on together was during the dedication of the Austrian Room in 1996. We provided assistance in framing some of the artifacts on display in the room, including the framed poster listing the names and coats of arms of the composers born in the Austrian empire and the list of Nobel prize winners. Whenever you worked with Maxine, you were always treated to wonderful stories of her travels and experiences; such as  meeting Albert Schweitzer, riding a camel, or traveling on diplomatic missions with her husband. She was always a pleasure to work with, her genteel demeanor was also punctuated with an irreverent sense of humor and wittiness.”

Theresa Casciato, Teaching Center media producer, had the chance to work with Maxine when she guest lectured during a course on February 4, 2015. In the presentation, she gave a glimpse of her life and world travels to a captivated student audience inside the Croghan-Schenley Ballroom, a Greek Revival ballroom inside the Cathedral of Learning. Thank you, Maxine, for your many years of service to the University of Pittsburgh. You can read more about Maxine’s life and legacy at UTimes. 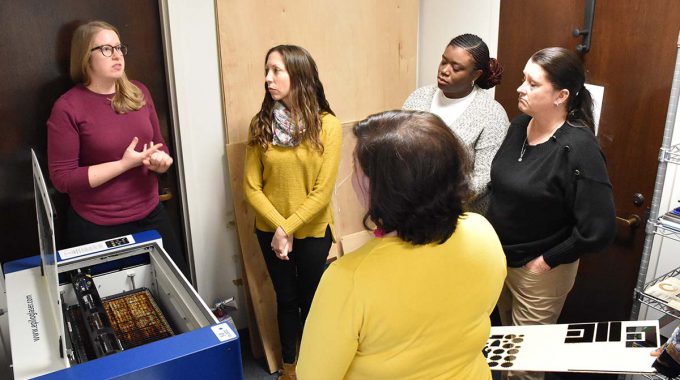 The Teaching Center’s Open Lab is proud to be highlighted in this year’s Horizon Report,… 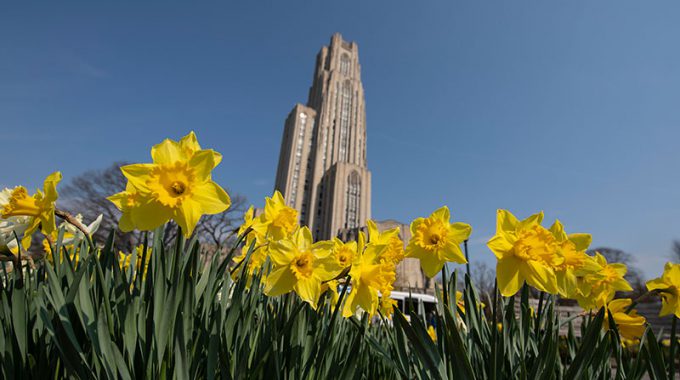 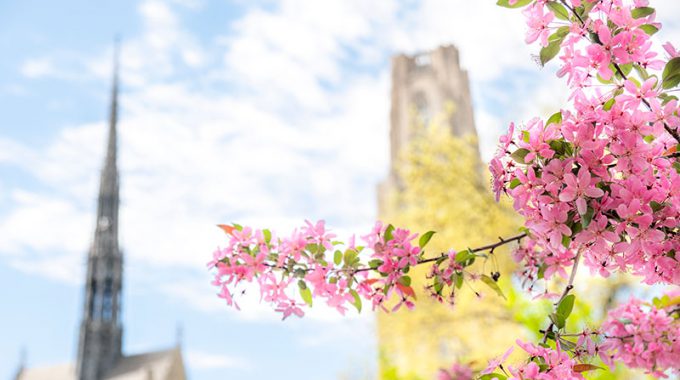 We have reached a hopeful milestone in the COVID-19 pandemic. As of March 28, masking…